To diagnose a glacier that is disappearing look for

1) Emergence of rock outcrops in accumulation zone (upper region) of the glacier.

2) Recession of the upper margins of the glacier around the accumulation zone.

3) Lack of consistent snowcover at the end of the summer in the accumulation zone of the glacier.

Published Paper in The Cyrosphere 2010

Glaciers respond to climate in an attempt to achieve equilibrium. A glacier advances due to a climate cooling/snowfall increase that causes positive mass balance. A climate warming/snowfall decrease leads to negative mass balances and glacier retreat. To reestablish equilibrium a retreating glacier must lose enough of its highest ablating sections, usually at the lowest elevations, so that accumulating snows in the near the head of the glacier once again are equivalent to overall ablation, and an equilibrium balance is approached. If a glacier cannot retreat to a point where equilibrium is established, it is in disequilibrium with the climate system. A glacier that is in disequilibrium with present climate will melt away with a continuation of this climate.

Below are examples of glaciers that have disappeared, will disappear and that can retreat to a new position of equilibrium with current climate. This is not to say that further warming will not eliminate many of the the glaciers that have an accumulation zone today. Sometimes adjacent glaciers can have differing forecasts based on their varied response to recent climate. It is unusual for an entire mountain range to be inhospitable to glaciers today.

Recent forecasts of the rapid loss of all glaciers in Glacier National Park or the Nepal Himalaya are exaggerated. In each case the glaciers are retreating notably, but some of the glaciers still have persistent accumulation zones. In the Himalaya the most photographed glacier is probably the Khumbu Glacier on the south side of Mount Everest. Above the famed Khumbu Icefall there is a persistent accumulation zone, indicating it can retreat to a new point of equilibrium with current climate. 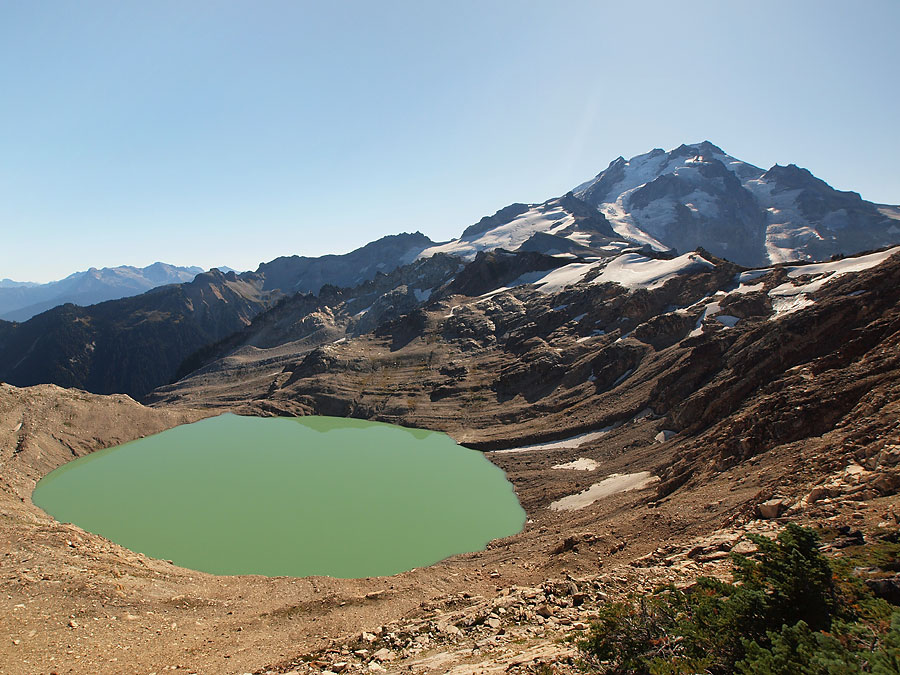 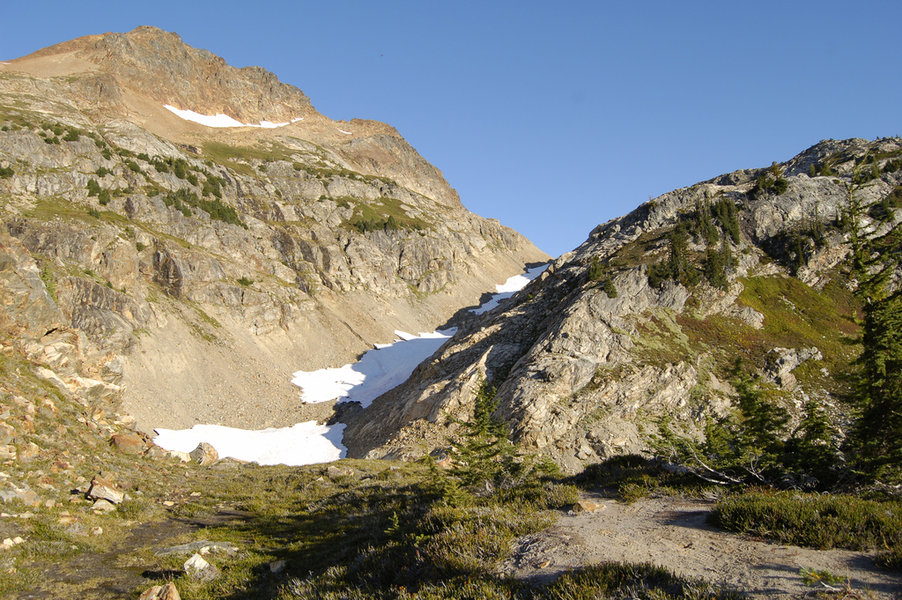 The Lower Curtis Glacier on Mount Shuksan advanced from 1950-1975 and has retreated 184 meters from 1987-2004. A longitudinal profile up the middle of the glacier indicates that it thinned meters from 1908-1984 and 6 m from 1984-2002 . The thinning has been as large in the accumulation zone as at the terminus, indicating no point to which this glacier can retreat and achieve equilibrium with the present climate. 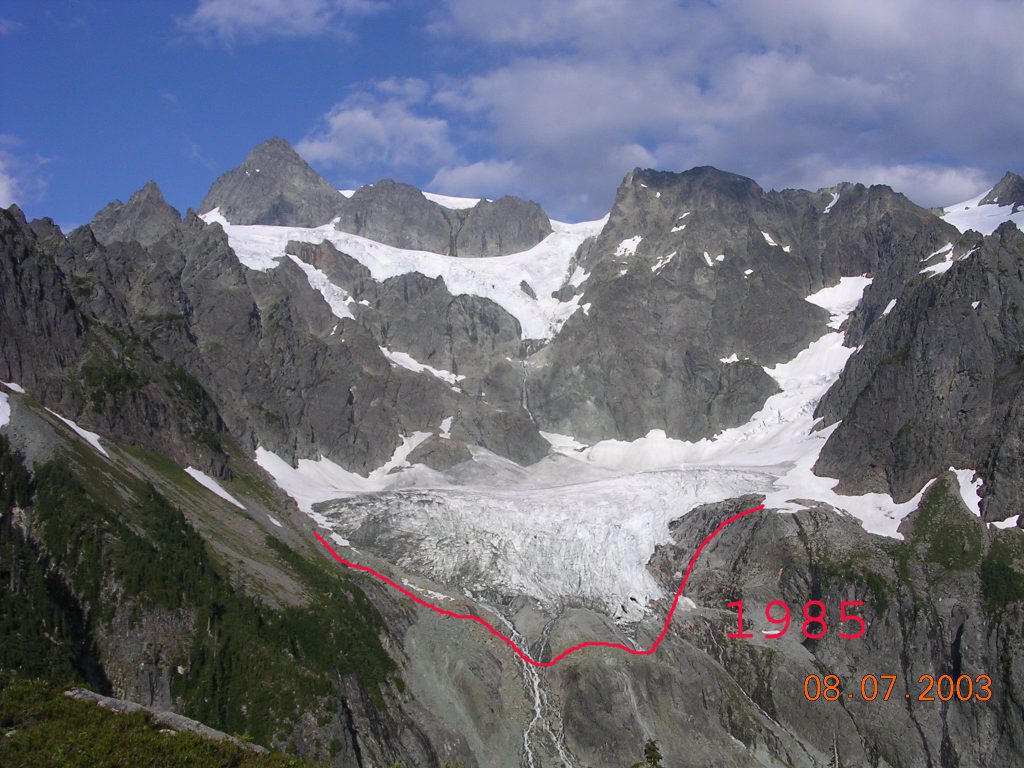 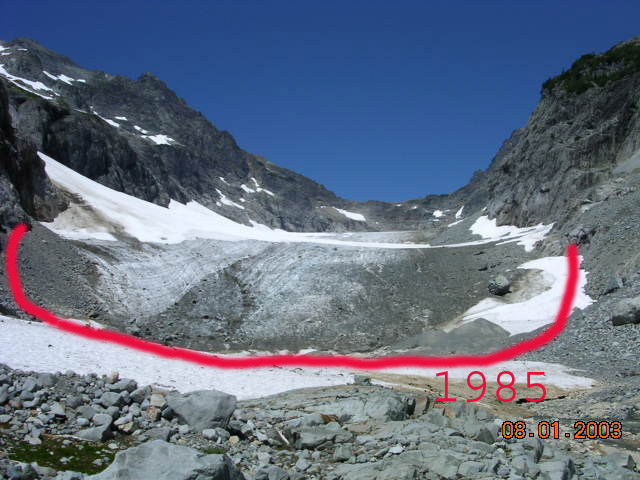 The Columbia Glacier near Monte Cristo has retreated 135 meters from 1987-2004. A longitudinal profile up the middle of the glacier indicates that it thinned meters 57 m from 1911-1984 and 8 m from 1984 to 2002 . The thinning has been largest in the accumulation zone since 1984, indicating no point to which this glacier can retreat and achieve equilibrium with the present climate.

Boulder Glacier (right) advanced from 1958-1980 and then began retreating slowly until 1992, when retreat became rapid. Boulder Glacier has retreated 500 m since 1987, yet even in the years with the lowest retained snowpack there is still an accumulation zone at the top of the glacier. Thus, continued retreat can lead to an equilibrium position. 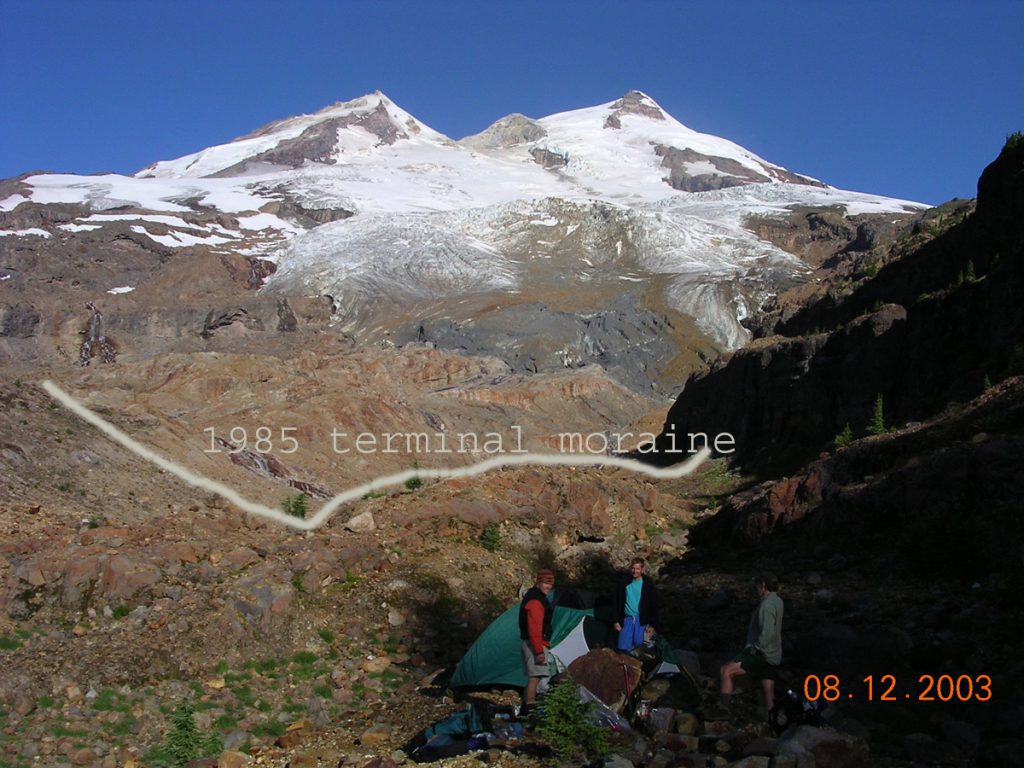 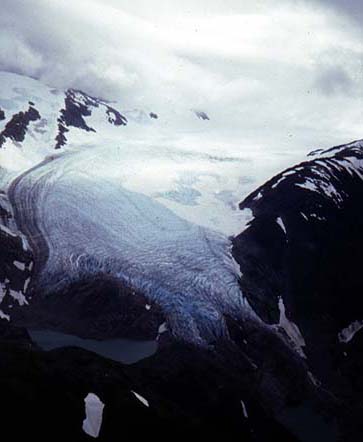 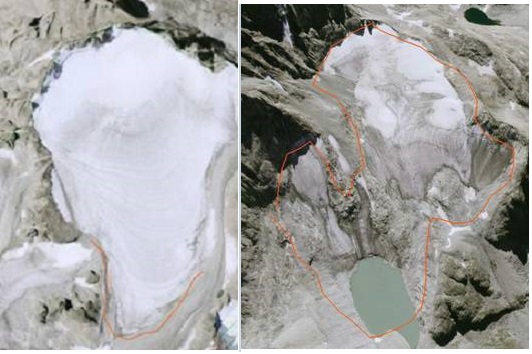 At far left is Fremont Glacier, Wind River Range Wyoming. The orange line is the 1966 glacier margin. The 2005 satellite image illustrates a glacier that is retreating slowly, has a good accumulation zone and will survive. The right hand glacier is Minor Glacier in the same range. This glacier has retreated considerably even at the head of the glacier and as the image shows, little if any accumulation zone will remain at the end of the melt season. this glacier consistently loses all snowpack and will disappear.

Harrison Glacier, Glacier National Park, the glacier margin in 2005 and orange line showing the 1966 margin map overlay on this SPOT satellite image. No evident change in the accumulation zone indicates an equilibrium response to current climate is possible. Marginal change since 1966 has been minor. This glacier will not melt away in the next 20 years. 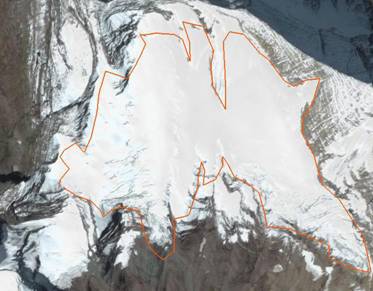 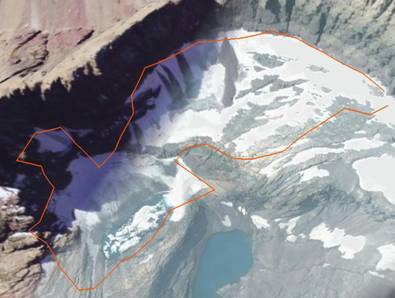 At left is Shepherd Glacier in Glacier National Park, Montana. The orange outline is the 1966 glacier margin. Retreat has been substantial including at the head of the glacier. This glacier cannot survive long. 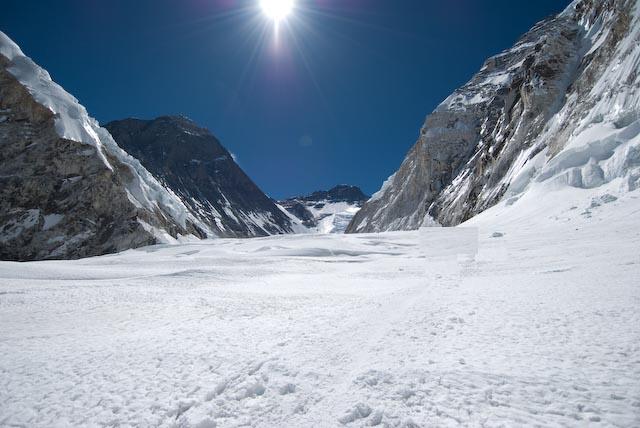